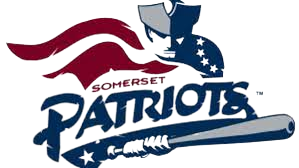 Join us on Friday, May 6, 2022 at TD Bank Ballpark in Somerset, New Jersey to enjoy an exciting match up between the Somerset Patriots and the New Hampshire Fisher Cats!

Before the game, join us in the parking lot for a short presentation, experience our newest three-phase string inverter products, and ask questions of our experts.

To make the most of your visit, bid on one or more of the 30 valuable items on the right for your chance to showcase your company and products to more than 6000 fans. All auction proceeds will be donated to humanitarian relief for Ukraine. Bids accepted until midnight, May 2, 2022.

How Will I Know If I’ve Won?
Enter Your Contact Information

Site design optimization depends on many variables and perspectives. We aim to help you by providing inputs, ideas and evaluation of trade-offs based on your priorities. This may include site harvest modeling, installed cost analysis or life-cycle factors.

Proactive on-site support during your installation and commissioning is routine for us. When field service is needed you can count on a rapid response and resolution.

We would like to improve the experience on our site, please let us know how we are doing.

Are you able to find what you are looking for?